Guptill ruled out for six weeks 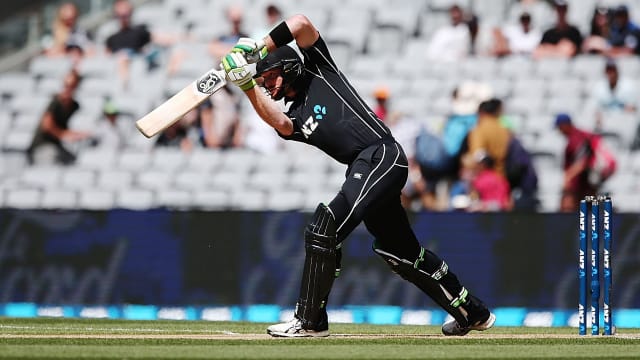 New Zealand batsman Martin Guptill will be sidelined for six weeks to undergo strength and conditioning work on his hamstrings.

Guptill, 30, played in his side's one-day international series loss to South Africa, having suffered hamstring strains to both legs in recent months.

However, New Zealand have ruled him out of the remainder of their domestic season and the start of the Indian Premier League.

"At the moment Martin isn't fit to play and the time we give him now to strengthen his hamstrings will play a big role in mitigating future risk too," Black Caps physio Tommy Simsek said.

"We've put a programme in place to make sure that Martin can return to full strength and we'll continue to monitor him closely."

New Zealand coach Mike Hesson added: "Having Martin fully fit is critical, as we all know the positive influence he has on our side.

"Martin knows this is an important period to get back to 100 per cent so that he can be fully confident when he is on the park.

"The Champions Trophy isn't far away and we obviously want Martin firing on all cylinders for that tournament."

Guptill will travel to India ahead of the start of Kings XI Punjab's IPL campaign, but is to be monitored by Simsek.