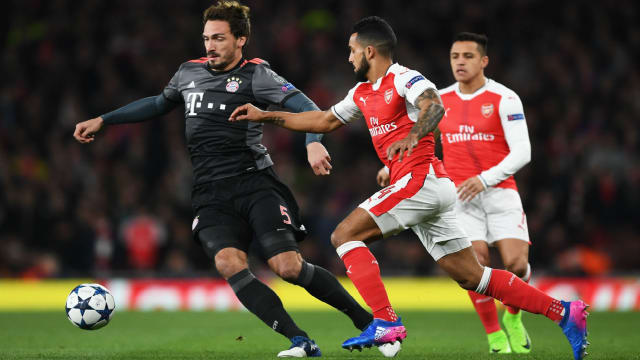 Mats Hummels had little sympathy for Arsenal after Bayern Munich beat them 5-1 on Tuesday to clinch a 10-2 aggregate win and secure passage to the Champions League quarter-finals.

Arsenal went into meltdown at the Emirates Stadium as Laurent Koscielny's dismissal, after Theo Walcott had scored the opener, sent the Gunners into a tailspin.

Robert Lewandowski converted from the spot after Koscielny's foul, and it soon got embarrassing for Arsenal.

Arjen Robben, Douglas Costa and an Arturo Vidal double left Arsene Wenger's men in utter disarray as merciless Bayern romped to victory, and Hummels believes the Germans felt no sympathy for them.

No, it wasn't a dream. Yes, it did happen again! #ARSFCB#UCLpic.twitter.com/cS4MdERPge

"I do not know if you can have pity in sports," he told DFB.de. "Everyone has to give their best on the pitch.

"Of course, the result looks very unfortunate for them. And who knows, perhaps next year we will meet them again and then we will be the ones who have such problems.

"But no, you do not have to feel compassion for them. The team that wins can also look forward to it."