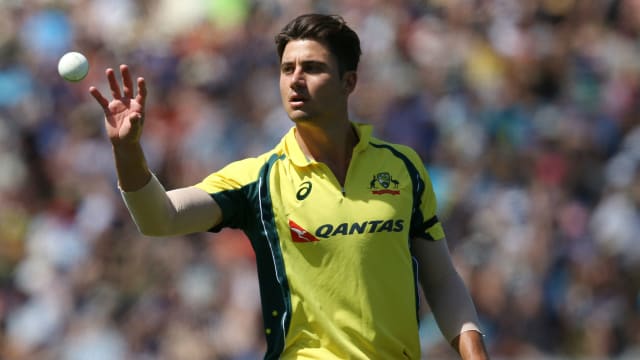 Marcus Stoinis has been drafted into Australia's squad for the final two Tests against India to replace the injured Mitchell Marsh.

All-rounder Marsh suffered a recurrence of a shoulder injury that saw him miss January's one-day series against Pakistan and heads home having scored just 48 runs and bowled five overs in the first two matches.

Stoinis has consequently been called up as Marsh's replacement and he could make his debut in the five-day format in the third Test in Ranchi, with the four-match series locked at 1-1.

However, Usman Khawaja and Glenn Maxwell are the likeliest options to slot into the team.