Guerreiro has no regrets over PSG snub 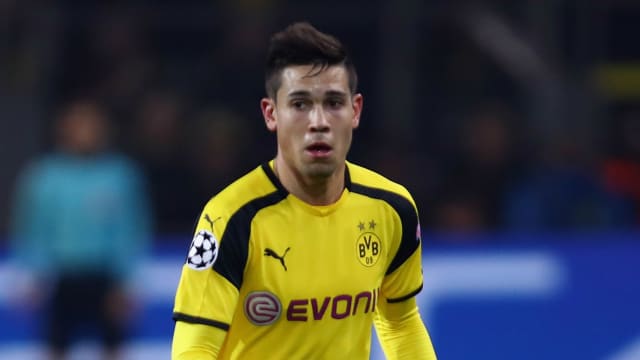 Raphael Guerreiro is adamant he does not have any regrets over his decision to snub Paris Saint-Germain and aims to stay at Borussia Dortmund for a long time.

The Ligue 1 giants were keen to lure Guerreiro to the French capital after he impressed at Lorient, but he eventually opted to stay put instead as he felt he would have gotten little playing time at PSG.

The Portugal international eventually joined BVB instead in 2016 and he claimed to be loving life at Signal Iduna Park.

"Even if PSG might have seemed like the natural next step, I do not think I would have gotten a lot of playing time there," Guerreiro told Kicker.

"I knew I would have the opportunity to keep on developing at Dortmund. I know a lot of young players who became great at BVB.

"Borussia Dortmund are a great club for me and I hope to stay here for a long time.

"Dortmund's style suits me well because we always want to have the ball. It is not my type of football to just hit it long and then start running.

"We have proven to be a great team, that has been able to cause Real Madrid and other big teams problems. But we are still lacking some consistency, which is frustrating."