Dembele: Pochettino has changed everything at Tottenham 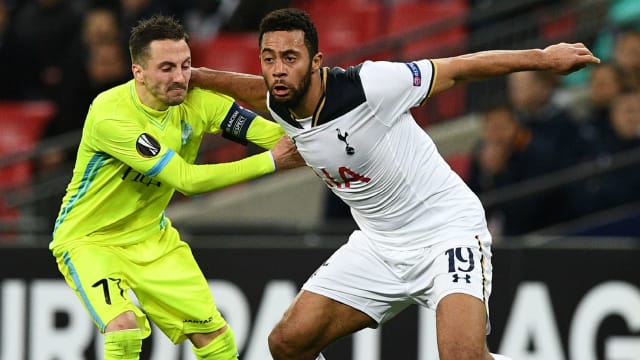 Mousa Dembele believes that Mauricio Pochettino has changed the culture at Tottenham, with the north-London side now confident in their ability to claim silverware.

Tottenham face in-form Everton on Sunday at White Hart Lane as they look to close the 10-point gap between themselves and Premier League leaders Chelsea.

Dembele joined Tottenham in 2012 and he believes the switch in mentality at the club is testament to the impact Pochettino has had in the past two-and-a-half seasons.

"I think any team wants to win something [trophies], but I think for us, we believe we have the quality to do something," the Belgium midfielder told Sky Sports.

"It's not something you can just explain to the camera - it's a certain lifestyle at the club. Everything around it changed but it has been very positive as you can see.

"The manager can get a lot out of this group and everyone can feel that there is a positive vibe. Everyone is looking in the same direction, which is important.

"I think for everyone you need a different kind of approach and there is a way to look at things and approach everyone to try and get the best out of them. I think he does it very well.

"The manager and staff explain all the time that they want a certain type of person at this club who you can trust and it's becoming a big family who want to strive for the same goal.

Tottenham sit in second place heading into Sunday's clash with Ronald Koeman's side, having thumped Stoke City 4-0 last time out, though a damaging league defeat to Liverpool and a Europa League exit at the hands of Gent marred an indifferent February.

But Dembele insists that he and his team-mates focus solely on the challenge immediately ahead of them.

"For everyone it is different but for me personally, I don't try to think a lot about the race for the top four," Dembele added. "I don't try and focus too much on the position that we're at because in the Premier League, there are so many good teams who want those spots."