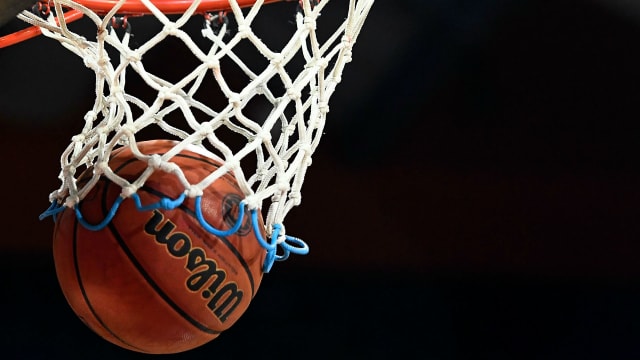 The Italians needed to come through the play-off qualifiers to reach the last 16 of the competition but wasted no time in putting Group B winners Le Mans to the sword.

Sassari edged the opening two quarters on Wednesday but only had a one-point lead heading into the final 10 minutes, however, that all changed as they turned on the style.

Gani Lawal, Dusko Savanovic, David Bell and Rok Stipcevic all starred for the hosts, enough to secure a 79-63 win, and a 16-point advantage heading into next week's second leg.

.@Dinamo_Sassari grab a win over @MSB_Officiel in the 1st leg, in a game that wasn't as one-sided as the final score suggests! #BasketballCLpic.twitter.com/9bkr98tnlK

Hrvoje Peric was the home hero with 11 points, including the decisive lay-up that completed Venezia's victory, and only the second time Avellino - who only scored four points in the final quarter - have lost on their travels this season.

@Reyer1872 held @ScandoneBasket to just 4pts in Q4, taking a 53-49 1st leg win in a game they trailed by as many as 14pts! #BasketballCLpic.twitter.com/ErXU3FbR6N

Mike Green was the difference for Pinar Karsiyaka as they shocked the previously dominant Besiktas Sompo Japan 75-70, the latter having only lost twice in the group stages.

The two sides meet again in the domestic league this weekend before next week's return leg.

Jack Cooley hit 19 points as MHP Riesen Ludwigsburg secured a 12-point cushion against Neptunas Klaipeda, while there was nothing to separate Aris and ASVEL Lyon-Villeurbanne.

Aris let a 10-point lead slip as the two sides battled to a 67-67 draw, a result that sets up a winner-takes-all second leg.

They were tied 10 times during the 40 min, no wonder the game ends on a tie! @ARISBCgr@ASVELBasket leg 1