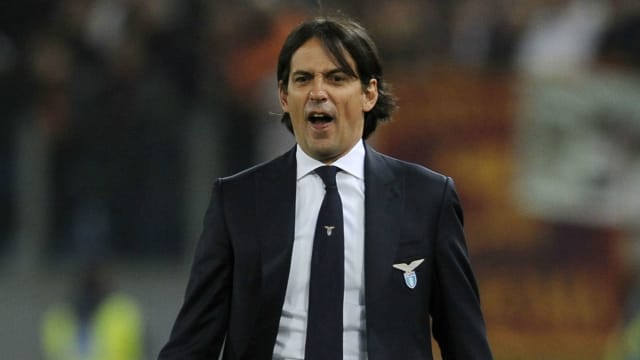 Simone Inzaghi hailed his Lazio side as "extraordinary" after their 2-0 victory over Roma in the Coppa Italia semi-final first leg.

The Biancocelesti had not prevailed in a Rome derby since the Coppa Italia final in 2013, but goals from Sergej Milinkovic-Savic and Ciro Immobile capped a performance in which Lazio rose to the occasion against their in-form neighbours.

As the designated home side in the first leg, Lazio kept Serie A's joint leading goalscorer Edin Dzeko at bay and go into the return fixture in prime position to progress to the final.

Coach Inzaghi told Rai Sport: "We played a perfect match. We took nothing for granted: a parade of shots were saved by [Lazio goalkeeper, Thomas] Strakosha.

"My boys were extraordinary. They gave everything they had. We won deservedly and we will enjoy the victory, although there is the second leg now. I am confident that April 5 [second leg] will be another great game and we must be ready."

Inzaghi singled out Belgian defender Jordan Lukaku for praise after the 22-year-old shone in only his 11th appearance of the season.

"Bastos and Lukaku had played little, but I knew I can count on them," said Inzaghi. "Lukaku is a guy who works well. He lost two months with an injury. Ahead of him in the team are two experts like [Stefan] Radu and [Senad] Lulic, but it is a problem that you love to have. When I have used him he has never betrayed me.

"Beyond the team I have a great staff that works for me. We are all in this together.

"I want to thank my fans. Their support was very important."

Opposite number Luciano Spalletti called on his side to show their maturity in the second leg after they slipped to their second defeat in three games.

Roma were on a five-game winning streak before being beaten 1-0 in by Villarreal in the Europa League in February and Spalletti said defeat to Lazio had thrown down the gauntlet to his players.

"We will see in the next games," he said when asked about the impact of the result. "We are working and we are all aware that my players have matured. Now we'll see just how mature they are.

"The defeat in the derby bothers us, but we can overturn this difficult result.

"We will be careful, because they can play the same game and we must be better at getting a result."