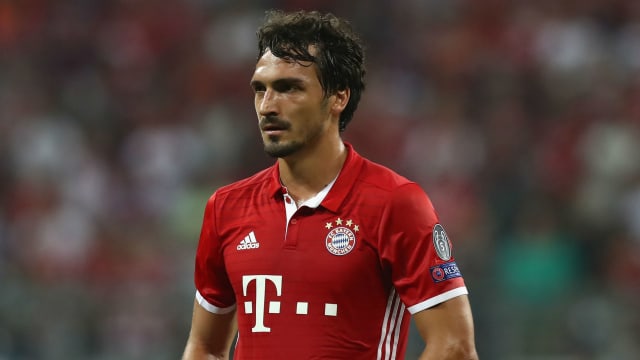 Bayern Munich defender Mats Hummels has voiced his dismay at the lack of respect shown by supporters towards players and coaches in Germany.

Carlo Ancelotti recently alleged he was spat at by Hertha Berlin fans, while players are regularly subjected to verbal abuse from the stands.

Hummels is angered by the behaviour and feels things have been getting worse in recent years.

"It seems that there is a growing tendency to abuse and insult players," Hummels told Sport Bild.

"Fans seemingly project their frustration and anger on the players and coaches. This results in insults and even in people spitting at us.

"Insulting players and coaches and spitting on us is simply wrong. You cannot go out and walk around town and just start insulting people or spit at them either.

"Generally speaking, the way fans treat players has become much more disrespectful over the past nine or 10 years or so. But we have to deal with it in the end."