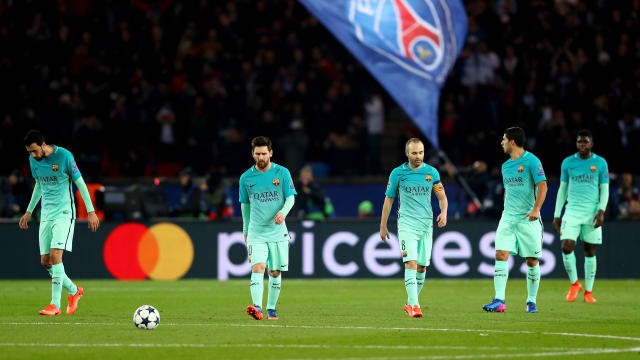 Luis Enrique's men are on the verge of a last-16 exit, trailing 4-0 on aggregate ahead of the second leg at Camp Nou on March 8.

But Guti, a Madrid great who won five LaLiga titles and three Champions Leagues with the club, hopes to see a comeback.

And the Madrid youth coach would also like to see Barca defender Gerard Pique, outspoken in his criticism of Real, be the hero.

"I want Barcelona to come back against PSG in the Champions League that way they won't be able to focus on LaLiga as much," he told El Chiringuito.

"I want Pique to score the fifth goal because he deserves it, he is the only one facing the situation head on, despite getting criticised by all sides."

Madrid are in control of their Champions League tie after a 3-1 win over Napoli in the first leg.

They are also a point clear of Barcelona atop LaLiga, and have a game in hand.

Kenny rides on after crash in World Championships scratch race