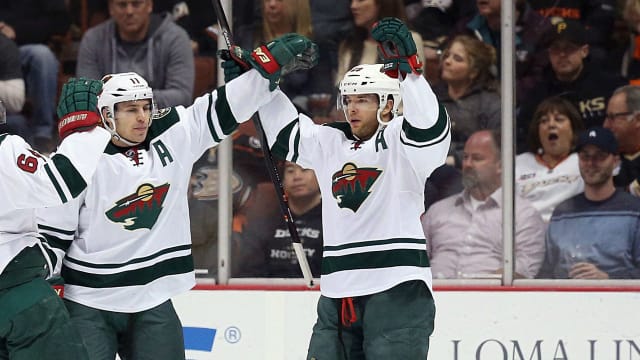 Wild forwards Jason Pominville and Zach Parise have been diagnosed with mumps, making Minnesota the second team in three days to announce players confirmed with the viral illness.

Players and other members of the Wild organization who have symptoms are being tested immediately and placed in isolation for a five-day period, the NHL team announced on Monday.

The team said they are working with local health authorities, the NHL and NHLPA to help prevent the further spread of the contagious illness.

On Friday, the Vancouver Canucks announced defenseman Troy Stecher had been diagnosed with the virus, and four other players, Christopher Tanev, Nikita Tryamkin, Mike Chaput and Markus Granlund, had shown symptoms and were held out of Saturday's game against the San Jose Sharks.

#mnwild announces Jason Pominville and Zach Parise have been diagnosed with mumps: https://t.co/6fiLEPhulB

Since then, two more Canucks - Anton Rodin and Ben Hutton - have presented symptoms, as has a team trainer.

A mumps outbreak in 2014 affected more than a dozen NHL players, including Pittsburgh Penguins star Sidney Crosby, on five teams, as well as two referees. And the Wild were the hardest hit, with several players affected, including defensemen Ryan Suter, Marco Scandella, Jonas Brodin, Christian Folin and Keith Ballard.

Some players involved in the 2014 outbreak missed little or no playing time, while others missed a week or more.

According to the Canucks, Stecher, who had been the first player confirmed with mumps, returned to the ice Sunday for an optional practice.