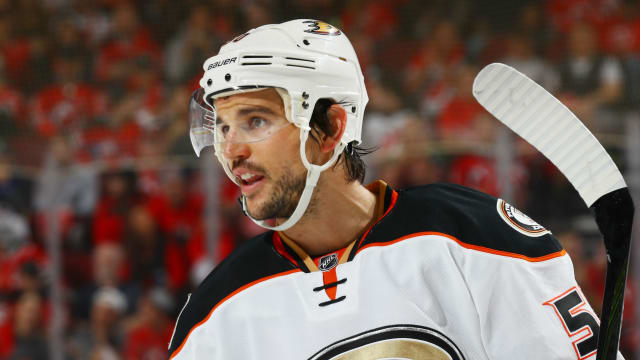 On Saturday, the NHL announced commissioner Gary Bettman upheld Vermette's ban for slashing linesman Shandor Alphonso during the third period of Anaheim's game against the Minnesota Wild on February 14.

Alphonso dropped the puck for a faceoff with less than eight minutes remaining in Anaheim's 1-0 win. Vermette took the faceoff for the Ducks, which the Wild won.

Vermette was issued a game misconduct for abuse of an official and Bettman determined the 10-game suspension was warranted.

The 34-year-old Vermette had met with Bettman during a hearing in New York on Thursday, a week after the suspension had been issued.

The length of the suspension includes four games already served. Under the terms of the Collective Bargaining Agreement and, based on his average annual salary, Vermette will forfeit $97,222.22 with that money going to the Players' Emergency Assistance Fund.

Vermette should be eligible to return the Ducks line-up when Anaheim plays host to the Washington Capitals on March 12.