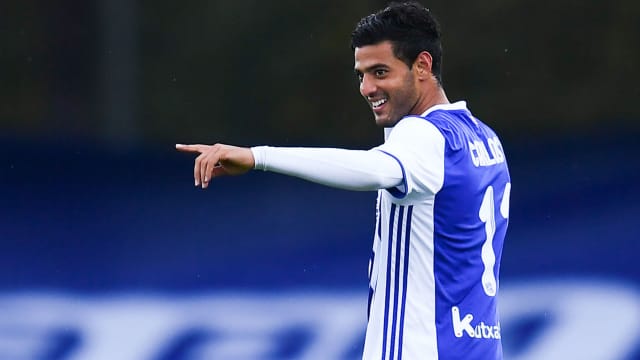 Carlos Vela does not expect Real Sociedad to qualify for next season's Champions League despite enjoying a strong campaign in LaLiga.

The club last qualified for Europe's elite competition when finishing fourth in Spain's top flight in 2012-13, though three unremarkable seasons followed as they failed to consolidate their position at that level.

But this season under Eusebio Sacristan, the Basque club are threatening to reach those heights once again and they occupy fifth after 23 matches.

Nine-goal Willian Jose has been particularly impressive following his switch from Las Palmas, while Vela and homegrown talent Mikel Oyarzabal have impressed on the flanks.

But the Mexican star is not getting ahead of himself in terms of the club's European aspirations.

"It is very difficult because there are other teams that have these targets too. We dream of many things, but we do not treat them like targets because this changes a lot and you can set other goals.

Sporting film of the day – Next Goal Wins