Super Rugby 2017: Get up to speed ahead of the big kick-off 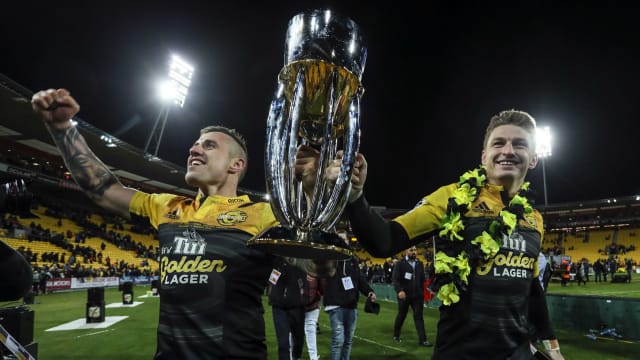 Ahead of the start of the Super Rugby season on Thursday, we take a look at some of the talking points that could shape the coming campaign.

The 2016 season was dominated by the New Zealanders, with the Hurricanes eventually claiming their maiden Super Rugby crown with a 20-3 victory over the Lions of South Africa.

It was a difficult year for the Australian clubs as best-placed finishers the Brumbies - the only Aussie outfit to make the play-offs - were outscored by all but one of their New Zealand counterparts in the Australasian Group.

The Lions' victory over the Crusaders prevented the semi-finals from being a Kiwi lockout, marking a first appearance in the play-offs since they reached the last four as the Cats in 2000 and 2001.

Last season also signalled the introduction of the Jaguares and the Sunwolves to an expanded format. The Argentines finished fifth in the South African Group, with the Japanese outfit bottom.

WILL NZ TEAMS CONTINUE TO DOMINATE?

No country has won more than two consecutive titles since teams from New Zealand triumphed in the first five seasons of the Super 12, but the Hurricanes are favourites to defend their crown.

Only three of the previous 21 seasons have seen a final without a team from New Zealand represented (2001, 2007, 2010), and the continued struggles of their Australian rivals could see them thrive again.

The Crusaders have won seven Super Rugby titles, more than twice as many as any other team, but only the Chiefs (2) have won more than once since the tournament's 2011 expansion.

Australia's Super Rugby clubs face an uncertain season as the country's rugby bosses deliberate over format-change proposals that could see one or more of them dropped from the competition.

It is hoped there will be more clarity over Super Rugby's future after a SANZAAR executive committee meeting on March 9, but the focus for Australia's clubs, who have also faced financial struggles in recent times, must be to improve on last year's performance.

The Reds, who won only three matches last season, have turned to some old faces to inspire their challenge, with Stephen Moore, Quade Cooper and Scott Higginbotham all returning to the club, and 111-Test former Wallaby George Smith added to the ranks.

The Lions' decision to play a weakened team in their final group match against the Jaguares last season came back to bite them when they missed out on a home final.

It was, nevertheless, a memorable campaign for Johan Ackermann's side, who remain largely unchanged for 2017 and will be aiming to go one step further and clinch the title.

The Stormers ran the Lions close in the South African Group last season, while many expect the Sharks to close the gap this time around.

WHO PLAYS WHO IN ROUND ONE?