Golfer Bohn returns to scene of 2016 heart attack: I couldn't wait to get back here 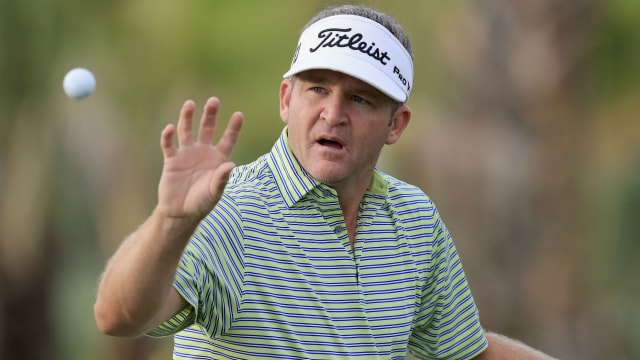 Jason Bohn is thrilled to be competing in the Honda Classic this week, after suffering a heart attack at the tournament in 2016.

Bohn, 43, left PGA National in an ambulance last February, having complained of chest pains following his second round.

An artery in his heart was reportedly 99 per cent blocked, a condition known as 'the widow-maker' because of its potential to cause a fatal heart attack.

Yet Bohn was able to make a swift return to the PGA Tour, playing again within two months, and now views his health scare as "probably one of the best things that has ever happened to me".

"I've really learned a lot about myself, about diet and about my body and how it processes food, and I've also come to appreciate things that maybe I didn't appreciate a couple years ago.

"We play this game, and it can be extremely stressful at times. We ride this massive rollercoaster, going up and down. I really believe a lot of what happened to me was based on stress.

"When I first got out on tour, I was so appreciative to be here. I was so excited. I stopped and smelled the roses along the way. I waved to people. But once you're out here, you get lost as to where you are and how grateful you need to be.

"That's why I say it's one of the best things that's ever happened to me. I pay more attention to details with my kids, my wife, to things I was kind of taking for granted.

"Maybe it was just God looking down at me and slapping me in the face and saying 'Wake up buddy, you have a real special deal and you really need to enjoy it'."