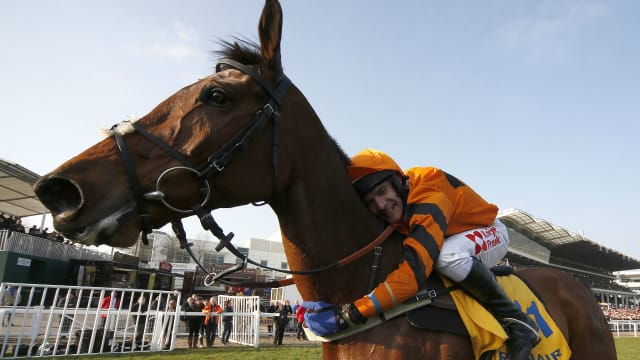 Thistlecrack will not add the Cheltenham Gold Cup to his King George VI Chase victory after being ruled out for the rest of the season with a slight tendon tear.

The gelding had been favourite for the race next month after a string of impressive races last season, including his win at Kempton on Boxing Day.

He remained at the head of the betting despite a narrow defeat to the late Many Clouds in the Cotswold Chase at Cheltenham last month, but will now not be among the runners.

Trainer Colin Tizzard announced the news on Tuesday after a problem was detected on Monday, the scans confirming the news that his season was over.

"Thistlecrack is out," the trainer is quoted as saying by the Racing Post. "He had heat in his leg last night.

"The vet scanned him this morning and it's a slight tendon tear."

Thistlecrack joins Coneygree in missing the Gold Cup, the 2015 winner having withdrawn last month due to injury, while other big names such as Faugheen, Annie Power and Min will also be absent.