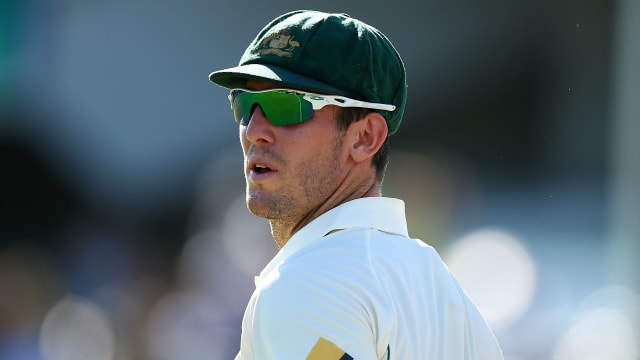 Mitchell Marsh, Matthew Wade and Jackson Bird provided the main positives for Australia on day two of their warm-up match with India A in Mumbai.

Having resumed on 327-5, with two batsmen having retired out, Steve Smith's tourists advanced to 469-7 on Saturday, Marsh and Wade contributing 75 and 64 respectively.

Wade's innings was particularly encouraging after back trouble forced him to miss the recent ODI series with New Zealand, while Marsh advanced his claim for the number six slot in next week's first Test.

Bird - Australia's frontline seamer with Mitchell Starc and Josh Hazlewood rested - then emerged as the pick of his side's attack, returning 2-15 from 11 economical overs as India A reached 176-4 in reply, thanks largely to a counter-attacking innings of 85 not out from Shreyas Iyer.

There were also two wickets for Nathan Lyon, but the off-spinner was taken for 72 from his 17 overs and leg-spinner Steve O'Keefe proved similarly expensive as Iyer struck seven fours and five sixes.