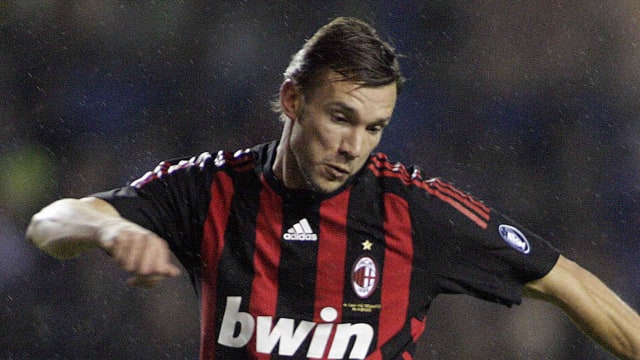 Andriy Shevchenko is not ruling out a return to AC Milan as head coach one day, but says his immediate focus is with Ukraine.

Shevchenko won the Serie A title as well as medals in the Coppa Italia and Champions League during a prolific spell at San Siro between 1999 and 2006, before later returning for a brief loan stint after an underwhelming spell with Chelsea in the Premier League.

Since hanging up his boots, the former striker began a career in politics before returning to football as head coach of his native Ukraine in July last year.

The 39-year-old is still a fan favourite with the Rossoneri and Shevchenko admits that a return to Milan may be of interest, but only once he has achieved his goals with Ukraine.

"In the future we will see. Certainly Milan will always remain in my heart."

Milan were superb in the first half of the season under new head coach Vincenzo Montella and were among the teams challenging Juventus at the top of the table.

However, just two league wins since the turn of the year has seen their title ambitions fade and they face a tough battle even to qualify for European football having slipped to seventh.

Shevchenko, though, believes Montella is doing a fine job.

"Vincenzo was a great striker and now is a great coach as well as a great man," he added.

"For me he is doing something exceptional because he has built a united group and they have a good game.

"With him AC Milan is back at high levels, although still something is missing to win."