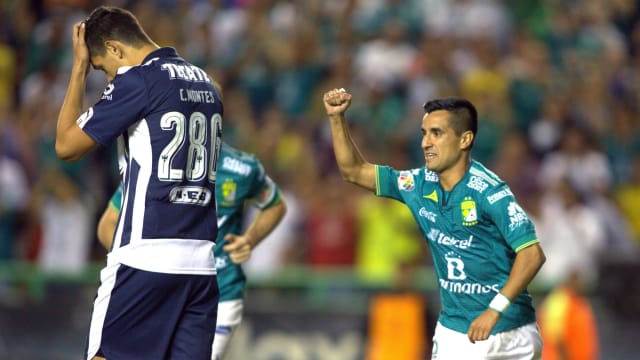 The 29-year-old has signed from Liga MX side Leon on a three-year contract, subject to receipt of his visa.

Lampard announced his retirement from football earlier this month after a season in MLS, following a trophy-laden career at Chelsea and a brief spell at Manchester City.

Moralez replaces Lampard and joins fellow designated players David Villa and Andrea Pirlo - something he is extremely excited about.

"When I heard of the opportunity to go to NYCFC, I knew that it was an opportunity that I couldn't pass up," he said.

"I'm looking forward to playing with players like Villa and Pirlo, who are two world-class champions who have achieved a lot in their careers.

"Also, to have a quality coach like Patrick Vieira, who has been one of the best in his position, recognised worldwide, is something that will help me immensely."

Viera himself spoke highly of the former Atalanta player.

"He has a lot of experience at the highest level - he's played in Italy with lots of game in Serie A and also most recently in Mexico," said the head coach.

"He can create chances and can score goals. He's a really creative player who can make an assist - he can create something from nothing and I believe that our fans will love him."

The Colombian joins the club on a one-year loan from Chinese Super League club Tianjin Teda, where he scored nine goals in 29 appearances since joining from Sporting CP last year.