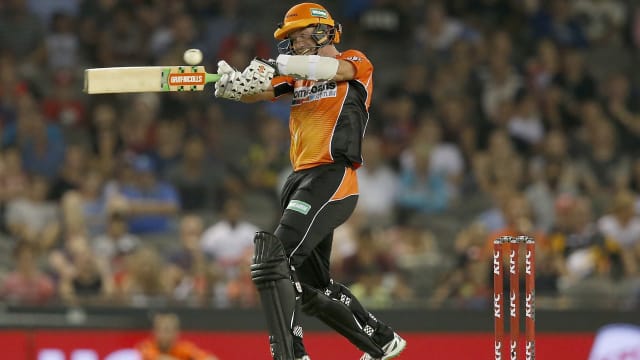 Australia batsman Michael Klinger insists he never gave up on finally being given his chance at international level.

The unlucky Klinger, 36, is in line to get a chance for Australia after being included in the squad for the three-match Twenty20 series against Sri Lanka.

A prolific run-scorer at domestic level, the right-hander has had to wait for his chance, which arrived with Australia weakened for the T20 series due to several Test players being away in India.

Ahead of Friday's opening game in Melbourne, Klinger said he always maintained hope of getting his chance.

"Probably in the last 12 months I was a bit more realistic that in the Test arena and possibly even the one-dayers it was unlikely.

"Obviously Cricket Australia showed they're looking for some young talent around and guys who performed well and the guys they've picked have done well, the likes of [Peter] Handscomb and [Matt] Renshaw. They look like they're going in a new direction.

"Maybe the Twenty20 in a way has helped me because a lot of experienced guys have played well in the Big Bash and maybe that's helped me get into this setup at the moment.

Klinger enjoyed another strong Big Bash League campaign, scoring 334 runs at an average of 37.11 as his Perth Scorchers won the title.

As for his future, Klinger said he preferred to instead focus on the series against Sri Lanka.

"We'll just get through this three-game series first," he said.

"Obviously there's some players unavailable at the moment, over in India, and my timing was probably right at this time and maybe at other times it hasn't been.

"Hopefully I can perform well in this three-game series and see what happens after that. For now, I'm just going to really enjoy these three games and have a great time."