Zanotti hails best round of career 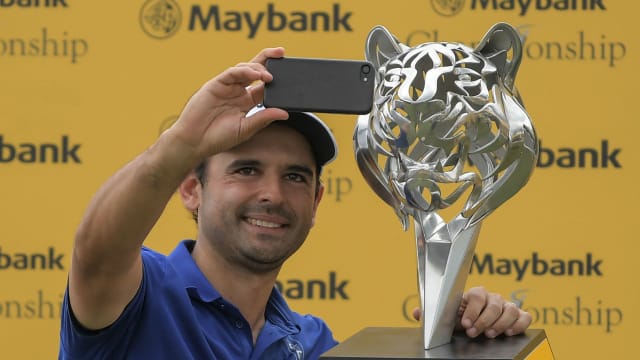 Fabrizio Zanotti claimed a sensational victory at the Maybank Championship on Sunday and labelled his final 18 holes of the tournament the "best round of my career".

Zanotti began day four six shots behind overnight leader Danny Willett but he shot a nine-under round of 63 to snatch the title, the Paraguayan only hitting the front on the 71st hole.

After collecting four shots on the front nine it was Zanotti's final six holes that proved decisive, the 33-year-old claiming another three birdies before sealing the win at the last with an eagle.

It was Zanotti's second win on the European Tour and first since the 2014 BMW International Open, and he felt he had never put such a good round together before.

"I think it was probably the best round of my career, so I'm very happy," he said, as quoted by the European Tour.

"I think it was at the 15th where I thought I might be able to win, when I made birdie there. I thought, maybe I'll have a chance if I make two more birdies, but I made a birdie and an eagle so it was great.

"It feels really good to be a winner again. I've been working a lot and I was not in my best run of form, missing three cuts in a row, but that's in the past and today I'm a winner again and it feels great."