Fumat sends Pau back into top six with bonus-point win 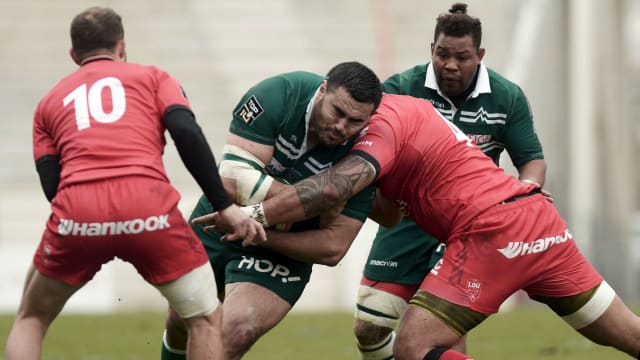 Julien Fumat's late try earned Pau the bonus point required to send them back into the Top 14 play-off spots in a 38-15 victory over Lyon.

After Napolioni Nalaga's score looked set to limit Pau to four points, Fumat finished off a lovely move down the right wing two minutes from time to add gloss to a club-record fifth successive Top 14 win.

Lyon took the lead through Toby Arnold after six minutes, but lost former France international Frederic Michalak to injury and the hosts took advantage with Mosese Ratuvou and Sean Dougall crossing before a double from Malik Hamadache.

The hosts' Watisoni Votu and Francisco Gomez Kodela of Lyon were shown yellow cards in quick succession after the restart, before Pau had James Coughlan carried from the field on a stretcher.

Nalaga set up a tense finale when he crossed in the 72nd minute, but Fumat got the all-important score to send Pau above Toulouse and into sixth. Lyon remain 12th, 10 points clear of Grenoble in the relegation zone.