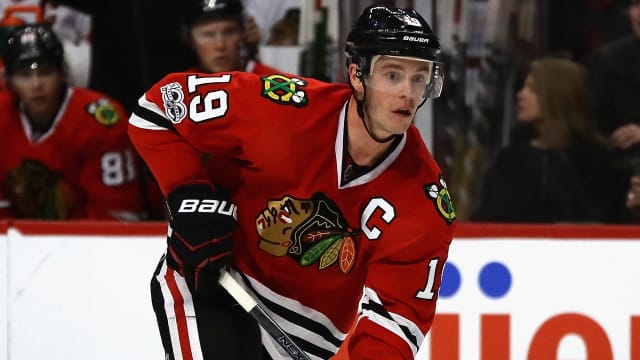 The Chicago Blackhawks finally claimed an NHL win over the Minnesota Wild on Wednesday.

An overtime goal from Jonathan Toews saw the Blackhawks end an eight-game regular-season losing streak against the Wild with a 4-3 victory.

Goals from Jared Spurgeon and Zach Parise helped the Wild recover from 2-0 down, before Erik Haula cancelled out Richard Panik's go-ahead goal.

But Toews struck in a power-play with one minute, 51 seconds left in OT to secure Chicago's win.