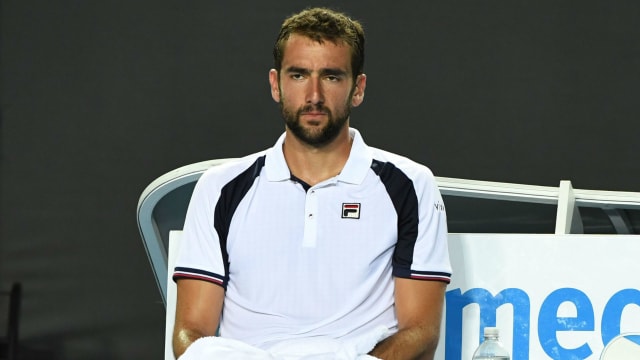 Top seed Marin Cilic failed to bounce back from a disappointing Australian Open as he was dumped out of the Open Sud de France by Dustin Brown on Wednesday.

The Croatian was playing a competitive match for the first time since losing to Dan Evans in the second round at Melbourne last month.

However, Cilic - handed a bye for round one - was beaten 6-4 6-4 by the unfancied Brown in Montpellier, despite being positioned 77 places higher in the world rankings.

Cilic did not manage to muster a single break-point opportunity, while Brown clinically dispatched two of the three he engineered on his opponent's serve, as the draw opened up with Cilic's exit.

Next up, Brown will face either Benoit Paire or fifth seed Feliciano Lopez, who overcame Julien Benneteau 6-3 4-6 7-6 (7-0) in round one.