Allegri to rest Chiellini, Marchisio for Juventus' trip to Crotone 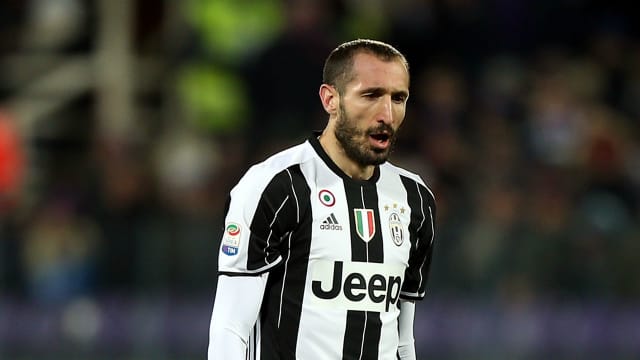 Massimiliano Allegri has left Giorgio Chiellini and Claudio Marchisio out of Juventus' squad for their trip to Crotone, while Juan Cuadrado is expected to be rested as well and start from the bench.

The reigning Serie A champions saw off Inter 1-0 in an intense Derby d'Italia on Sunday and Allegri plans to rest a number of key figures for Wednesday's encounter.

Crotone sit second bottom after 22 matches in their maiden campaign in the Italian top flight, and come into the clash with only three wins to their name.

"I will be sticking with the same 4-2-3-1 formation. The only changes will be with some of the players," the Juventus boss said at a news conference.

"Chiellini will be rested. I have good options at centre-back now with Medhi Benatia back from the Africa Cup of Nations and Andrea Barzagli recovered from a bout of the flu.

"Marchisio will not be on the plane, as he has been suffering from back pains the last couple of days, which is normal after undergoing the kind of long-term injury he has.

Boys looking the part on the plane towards #CrotoneJuve  #ForzaJuve#InstaJuvehttps://t.co/hQEDrJucqPpic.twitter.com/Szu5R34lsp

"Mario Lemina and Rolando Mandragora have not been selected either, but they have been training with the rest of the squad again this week and will be with us full-time from Thursday.

"Marko Pjaca, meanwhile, could start from the first whistle. He and Paulo Dybala are more than capable of filling in down the right in case Cuadrado is rested."