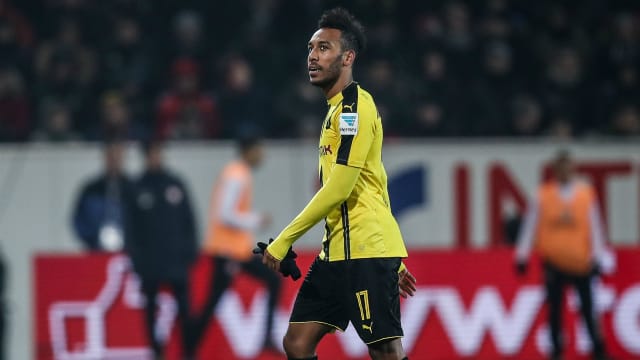 Aubameyang has made no secret of his desire to play for Madrid, a promise he made to his late grandfather, regularly talking up a move to the Spanish capital.

The 27-year-old hinted a Dortmund exit again recently, believing a departure from Signal Iduna Park at the end of the season will help him reach another level.

Schuster, who won three LaLiga titles as a player and coach at the Santiago Bernabeu, backed Aubameyang for a move but warned that it would not be easy in Madrid.

"In my opinion his style fits Real Madrid perfectly. In their midfield there are very good players, especially Toni Kroos," Schuster told Sport1.

"Since some time there is a little unrest and Real is not so happy with its attack. There will surely something happen during the summer.

"There is no guarantee Aubameyang can play a major role in Madrid. It is a shark tank where you have to pull through. There is Cristiano Ronaldo and Gareth Bale and all these other guys. With that competition you have to be very hungry and play well on a permanent basis.

"He has the desire to win the big titles. I consider it a good thing he says he has to go to a world class club that dominated in Europe for the last decades.

"[President] Florentino Perez is someone who does these deals without talking too much. It was like that in the past and it will be like that now, too. You won't hear much about it and suddenly the player is signed."

Aubameyang, who has scored 100 goals since joining the club, tops the Bundesliga scoring charts with 16 this season.