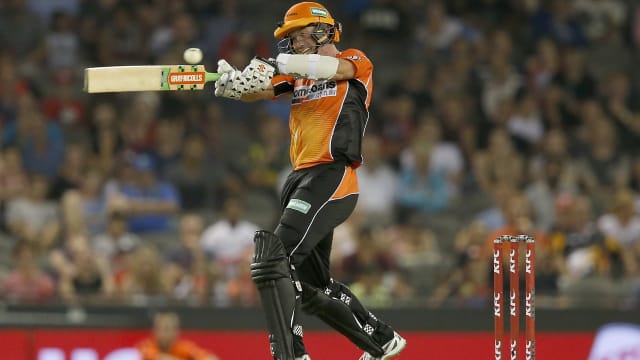 The 36-year-old could finally make a well-deserved international debut after being included in a 13-man squad for the three-match series in February.

"He has been a very good player in this form of the game for some time now," said Australia interim national selector Trevor Hohns.

"He has a history of strong performances in T20 competitions in the UK and in the BBL [Big Bash League], including the match-winning innings for the Perth Scorchers to secure this year's BBL title."

Aaron Finch was confirmed as captain on Tuesday, leading a team weakened by the departures of several Test stars for India.

Klinger's Scorchers team-mates Jhye Richardson and Ashton Turner and Adelaide Strikers paceman Billy Stanlake are the other uncapped players in the squad.

Chris Lynn is part of the squad, but a neck injury could rule him out.

"Both Travis Head and Chris Lynn were exceptional with the bat this summer and Chris' selection will depend on his fitness," added Hohns.

"He is due to see a specialist later this week and we will take into account that advice ahead of this series."

Neither the BBL's top run-scorer Ben Dunk nor the leading wicket-taker Sean Abbott were included.

The first match of the series is in Melbourne on February 17.