Wigan game is not Martial's last chance at United - Mourinho 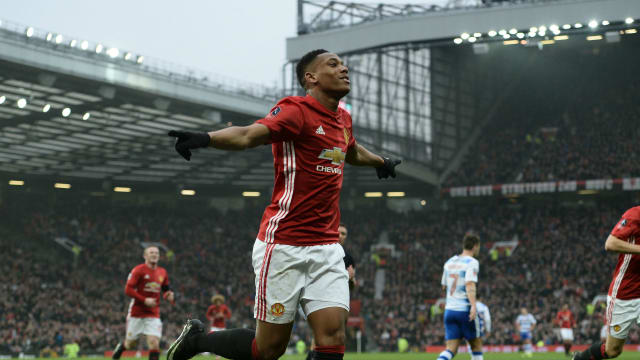 Jose Mourinho rubbished the notion that Anthony Martial is running out of chances to impress him at Manchester United.

France international forward Martial became the most expensive teenager in world football when he signed for United in September 2015.

He enjoyed an impressive debut campaign at Old Trafford, scoring 20 times across all competitions, but has struggled to recapture that form since Mourinho replaced Louis van Gaal at the helm.

Mourinho said earlier this week that Martial had not taken his chances to make a spot in United's highly competitive forward line his own this term and challenged the 21-year-old to play "magnificently" in Sunday's FA Cup round -four clash with Wigan Athletic if he wants to retain a place for the midweek Premier League match against Hull City.

After Martial's place to face United's Championship opponents was confirmed, the manager told the BBC his United career was not yet at a critical juncture.

He said: "No, [it is] not a last chance - a good chance because the players they also compete between themselves to be in the team and today was the day for Jesse Lingard to stay out.

"Last week was Martial to be out and next week will be another one to be out, or one of them.

"It depends on the way they perform."

Martial scored his sixth United goal this season during the 4-0 win over Reading at Old Trafford in the previous round, but missed out on Mourinho's previous two matchday squads following a poor showing in the 1-1 draw versus Liverpool.