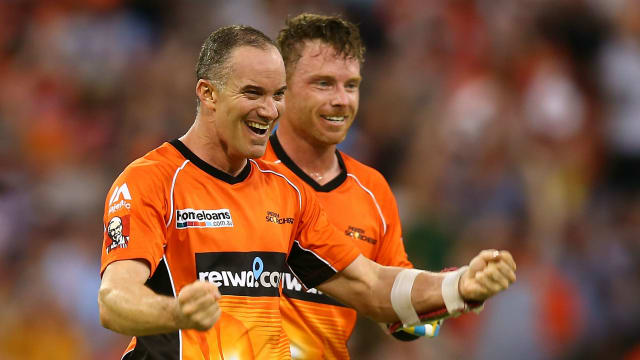 Justin Langer will champion the cause for Michael Klinger to earn an elusive Australia call-up to face Sri Lanka in the Twenty20 series next month.

Opening batsman Klinger has never played at international level despite making over 11,000 first-class runs and consistently contributing in all formats.

Klinger gave another reminder of what he is capable of by smashing an unbeaten 71 from only 49 balls to guide Perth Scorchers to victory in the Big Bash League final against Sydney Sixers on Saturday.

And Scorchers coach Langer, who will take charge of his country for the three T20s against Sri Lanka, said the 36-year-old could make a long-awaited Australia appearance if he has his way.

"I might have a say. I don't know how much of a say. But I'll certainly be putting his name up." said the former Australia batsman.

"He's just shown over so many years what a champion he is. I know it would be a dream come true for him [to be called up].

"It's a bit like Chris Rogers and Adam Voges - some of those senior players have an impact. Even if it's just for three games, Klinger deserves it.

"He's helped us win three games this year off his own bat. He's an outstanding person. He deserves to be enjoying that success."