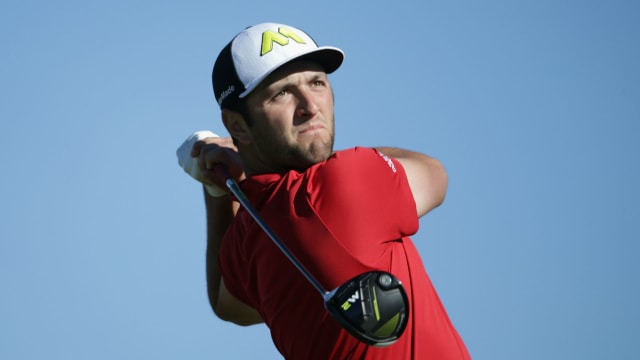 Rahm started with a bogey put produced two birdies and a pair of eagles after the turn to pip Charles Howell III and Pan Cheng-tsung to the title by carding a 65 to move to 13-under for the tournament.

The Spaniard only turned professional in 2016 and finished joint-third at the Quicken Loans National last June before taking a share of second at the Canadian Open the following month.

He took the next step on Sunday. An 18-foot putt on the par-five 13th saw Rahm pick up two shots, while an excellent approach set him up for further gains on the 17th.

However, the crowning moment came at the last when he clinched the trophy with a snaking putt from the edge of the green, pumping his fists in celebration as he became the tournament's youngest ever champion.

Rahm said: "I can't explain what went through my mind and I saw the replay and my reaction and I don't even remember doing what I did. It's hard to explain.

"Just to get in that position is so hard and I'm so blessed to say this is the third chance I've had to win in my PGA career. Thanks to 13 I got into it and thanks God I kept it going."

Overnight leaders Brandt Snedeker and defending champion Patrick Rodgers were unable to maintain a challenge as they fell away, both carding one-over 73s.

Phil Mickelson finished six shots adrift of Rahm, while JB Holmes and Shane Lowry saved some face with rounds of 68 sending them up to a share of 33rd.

"He's more than just a good young player ... I think he's one of the top players in the world."