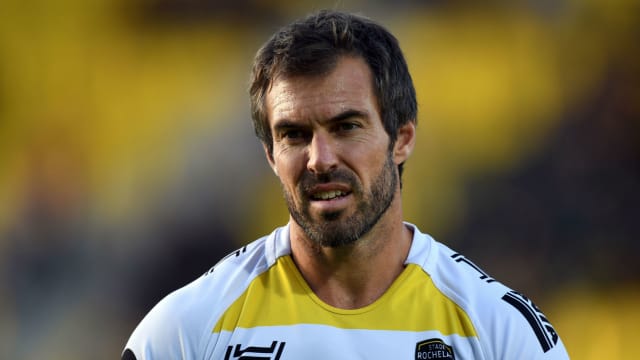 A last-gasp penalty from Brock James saw La Rochelle beat Toulon 23-20 and take over as leaders of the Top 14, for 24 hours at least, on Saturday.

With Clermont Auvergne, who began round 17 as table-toppers, visiting Bordeaux-Begles on Sunday, La Rochelle knew a victory at Stade Felix Mayol would lift them to the summit.

Although Vincent Rattez scored two tries, the visitors looked as though they would have to settle for a draw when Toulon were awarded a penalty try in the 74th minute, which Pierre Bernard converted to level the scores.

However, James - a first-half replacement for the injured Zack Holmes - sealed victory for La Rochelle with a long-range three-pointer after the clock had ticked past 80 minutes.

Further good news for La Rochelle came later in the day as third-placed Montpellier were beaten 38-25 at Castres, who climb to fourth above Toulon and Toulouse - 20-10 losers at home to Pau.

Champions Racing 92 will await news on the fitness of Dan Carter after the star fly-half limped off in the first half of a 37-25 loss at Lyon. Carl Fearns and Toby Arnold each crossed twice for the victors.

Struggling Grenoble claimed a valuable win in their battle against relegation, Jonathan Wisniewski kicking 24 points in an emphatic 44-22 triumph over Stade Francais.