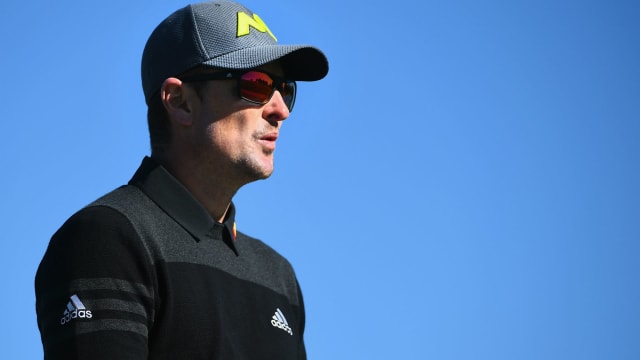 Olympic gold medallist Justin Rose maintained his place atop the leaderboard during a tough second round of the Farmers Insurances Open at Torrey Pines.

After firing an impressive seven-under 65 on the easier North Course on Thursday, Rose backed it up with a 71 on the South Course in round two to sit at eight under.

Rose climbed to nine under early in the second round, but two straight bogeys on the back nine slowed him down until he made an excellent birdie on the famed par-five 18th.

Brandt Snedeker, a two-time champion, shot a brilliant three-under 69 on the South Course to get to seven under.

Snedeker and Rose played alongside each other during the first two rounds, feeding off one another's good form.

Tied with Snedeker at seven under is last week's star, Adam Hadwin.

Though Hadwin ultimately finished runner-up at the CareerBuilder Challenge, he sparked the tournament into life in round three by becoming just the eighth person in PGA Tour history to shoot a 59.

Hadwin shot a six-under 66 on the South Course in round one, and fought hard to post a 71 on the North Course on Friday.

His driving and putting are in form right now, which makes him a threat to pick up his first win.

However, the 14-time major champion finished four over to miss the cut by four shots.

Missing the cut seemed to be a theme this week for notable golfers, as Daniel Berger, Brooks Koepka, Rickie Fowler, Jason Day, Dustin Johnson and Jimmy Walker were all sent packing early.