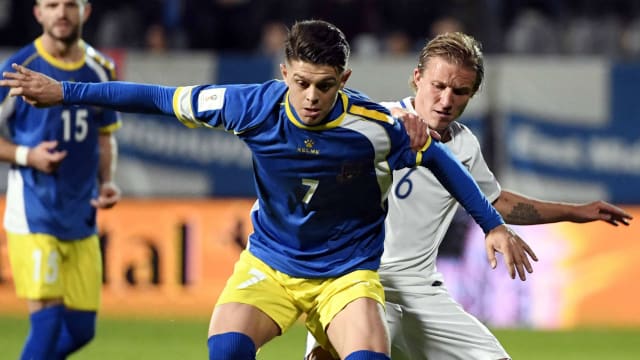 The Court of Arbitration for Sport (CAS) has dismissed an appeal from the Football Association of Serbia (FAS) to annul Kosovo's membership of UEFA.

Last May, the Football Federation of Kosovo (FFK) became UEFA's 55th member association at its Congress in Budapest, with the motion passing by 28 votes to 24.

Kosovo then joined FIFA one week later, allowing it entry into the current qualification campaign for Russia 2018.

Serbia has not recognised the Kosovan state since it declared its independence in 2008 and, although CAS ruled the FAS had a case, it upheld UEFA's decision to admit the FFK.

A statement from CAS read: "The CAS panel in charge of this matter noted that FAS had both standing to sue in this matter and reasonable cause to file its appeal, considering that the relevant provision of the UEFA Statutes (Article 5 (1)) was ambiguous and required clarification.

"Such provision states that membership of UEFA is open to national football associations situated in the continent of Europe, based in a country which is recognised by the United Nations (UN) as an independent state.

"Considering that there is no formal recognition of countries by the UN, the CAS Panel interpreted (the relevant article of the UEFA Statutes) as meaning that the territory in which the football federation is located shall be recognised by the majority of the UN member states as an 'independent state'.

"The CAS Panel found that this prerequisite was fulfilled with respect to FFK, and that such conclusion was also in line with the will expressed by the majority of the member federations at the UEFA Congress to accept FFK as a new UEFA member. As a consequence, FAS' appeal was dismissed."

Kosovo are currently bottom of Group I of European World Cup qualification, with one point from four matches.