Arsenal can be proud of this red-card record 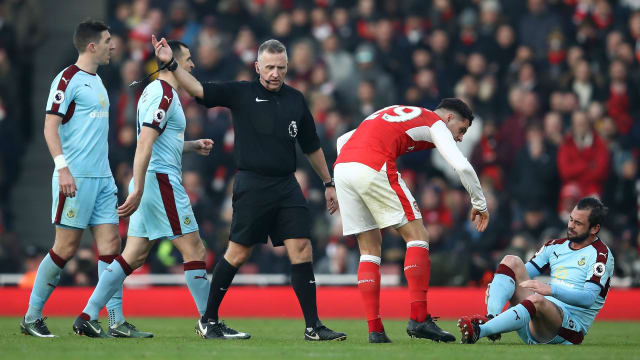 Having a player sent off is supposed to be a punishment, but Arsenal have proved over the years that being a man down does not necessarily lead to a negative result.

The Gunners had Granit Xhaka sent off after 65 minutes of their 2-1 victory over Burnley on Sunday, with Alexis Sanchez's 98th-minute penalty trumping Andre Gray's leveller from the spot five minutes earlier.

And it turns out Arsenal have made a habit of claiming maximum points after one of their players has seen red - Xhaka given his marching orders for a studs-up challenge on Steven Defour on this occasion.

According to Opta data, Arsenal are the only team to have won more games than they have lost after having a player sent off in the Premier League - 31 victories outnumbering their 26 defeats.

So, when Arsenal next have a player dismissed, it is their opponents who should be on red alert.