Nainggolan as valuable as Pogba - Spalletti 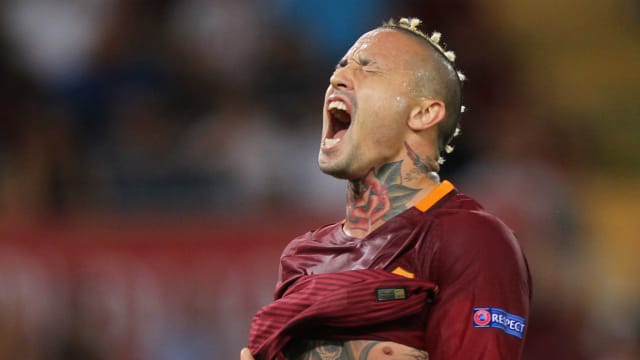 Roma coach Luciano Spalletti feels Radja Nainggolan would be worth as much as Paul Pogba if they were the same age.

Pogba, 23, joined United from Juventus for an initial £89million during the close season - a world-record fee - and Spalletti believes Nainggolan is on a par with the France international when it comes to their performances on the pitch.

The 28-year-old Nainggolan has been in superb form for Roma in recent weeks, scoring three times in their last six Serie A fixtures, while netting a double in the Coppa Italia win over Sampdoria.

"Nainggolan's value? The same as Pogba," Spalletti said at a news conference ahead of Sunday's match against Cagliari.

"On the pitch they are worth the same amount. The only difference is age."

Spalletti was also questioned on Roma's plans in the transfer market this month and the 57-year-old stressed they will only bring new players in if the right opportunity presents itself.

"If we get anyone, they have to be of a certain level," he added.

"If not, we will still be competitive; we have enough depth."