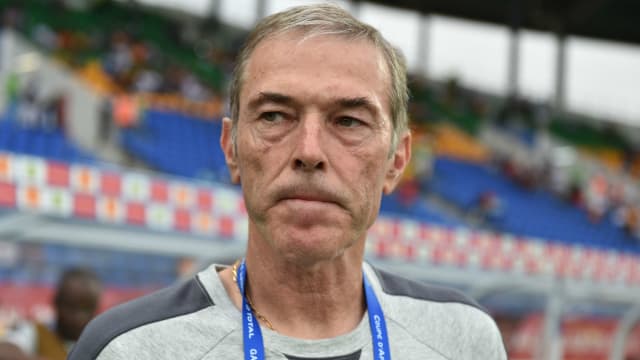 Ivory Coast boss Michel Dussuyer wants his side to produce a performance worthy of the champions when they meet DR Congo in their second Africa Cup of Nations clash.

The holders were held to a disappointing 0-0 draw by Togo in their opening Group C match at Stade d'Oyem, while their opponents on Friday sprang a shock by beating Morocco 1-0 to go top.

Ivory Coast dominated possession but managed only two shots on target against Togo - both of which came in the first half - and Dussuyer described the performance as "a pale copy" of their true potential.

"It is not the start that we would have liked," said Dussuyer, who succeeded Herve Renard after the triumph of 2015.

"We expect more from ourselves. We did not manage to put intensity into our game. We played at 1700 local time and it was very hot.

"We did not know how to destabilise Togo. In the end, it was a pale copy of what we can do. We are all aware of this, me more so than anyone."

DR Congo's opening victory came despite their preparations having been marred by a dispute over bonuses, while they were forced to finish the game in Oyem with nine men following Joyce Lomalisa Mutambala's red card and an injury to captain Gabriel Zakuani.

The Northampton Town defender, who hopes to be fit for Friday's match, was delighted to take charge of the group but warned his side to sharpen up their defensive play if they are to claim a second win that would send them into the quarter-finals.

"We saw the other result and we wanted to stamp our authority on the group," he said. "That was the main thing. We managed to come through unscathed with three points.

"Morocco had too many chances from crosses, so we need to stop crosses a bit better. Ivory Coast have a very good attacking team, so our shape needs to be a bit better."

Ivory Coast won the last AFCON meeting between these sides two years ago thanks largely to Bony's efforts, the striker setting up two goals in a 3-1 win.

The Stoke City forward managed a 100 per cent passing accuracy during his 20-minute cameo against Togo, underlining his usefulness when it comes to linking play, while his aerial threat remains unquestionable.

If DR Congo are unable to prevent crosses - something captain Zakuani has called for - then Bony could be ready to pounce.

The skipper is expected to be available for the match after picking up a late knock in what was a supremely effective display against Morocco.

The 30-year-old kept the back line marshalled well throughout and restricted Renard's side to a limited number of chances once Junior Kabananga had broken the deadlock in the 55th minute.

Ivory Coast are unlikely to be as toothless as they were against Togo - especially if Bony plays a bigger part - and Zakuani's calming presence could be essential.

- The last two AFCON encounters between Ivory Coast and DR Congo have produced eight goals.
- DR Congo are unbeaten in their last seven group games at the AFCON (six draws followed by one win).
- DR Congo won their opening game this year despite having 11 fewer shots than their opponents, Morocco (1-0). They have never won their first two matches at an AFCON.
- This is Michel Dussuyer's fifth AFCON tournament as head coach. The Ivory Coast boss has never progressed further than the quarter-finals (2004 and 2015, both with Guinea).
- DR Congo boss Florent Ibenge is taking charge of his second AFCON. In 2015, he took his home nation to third place.