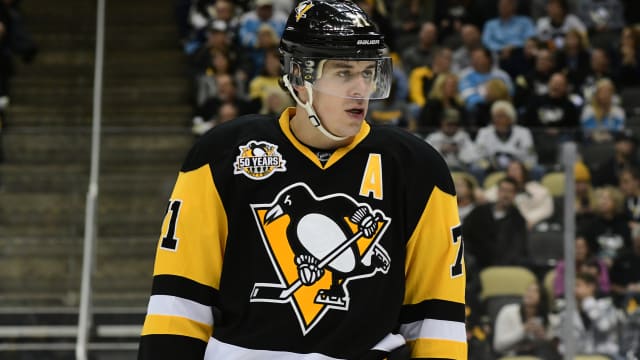 The Washington Capitals' winning streak was ended by the Pittsburgh Penguins in a 15-goal thriller, while Ben Bishop starred for the Tampa Bay Lightning.

The Capitals' nine-game run was broken in an 8-7 overtime loss to the Penguins at PPG Paints Arena on Monday.

It was quite the game between the Capitals and Penguins.

The Capitals scored the opening three goals and then conceded the next five, before needing to come from 7-5 down to force overtime.

Evgeni Malkin netted a hat-trick for the Penguins, but Conor Sheary scored the decisive goal 34 seconds into OT.

Bishop was too good for the Kings, who did lead through Kyle Clifford.

But Tyler Johnson's 13th goal of the season and a Brian Boyle effort saw the Lightning edge to their win.

The Islanders had few problems in a 4-0 win against the Boston Bruins and the Sabres beat the Dallas Stars 4-1.

BLUE JACKETS LOOK TO BOUNCE BACK

The Columbus Blue Jackets (29-9-4) have been inconsistent of late as they prepare to host the Carolina Hurricanes (21-15-7) at Nationwide Arena.