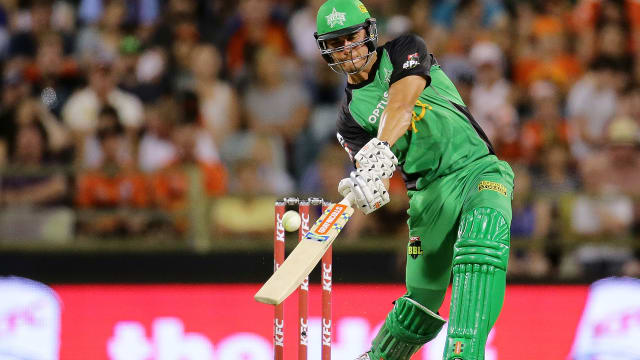 Marcus Stoinis has been called up to Australia's one-day international squad to replace the injured Mitchell Marsh.

Marsh was ruled out of the rest of the ODI series against Pakistan due to a shoulder injury.

Stoinis will play for the Melbourne Stars in the Big Bash League on Tuesday before travelling to Perth for the third ODI.

A six-wicket win in Melbourne on Sunday saw Pakistan level the five-match series at 1-1.

Adam Zampa has also been released to play for the Stars against the Brisbane Heat, but will then return to the Australia squad for Thursday's match.

Stoinis - whose only previous ODI was in 2015 - has made 71 BBL runs this season, including an unbeaten 40 last time out, and taken two wickets.