Marsh out of Pakistan series as Australia prioritise India 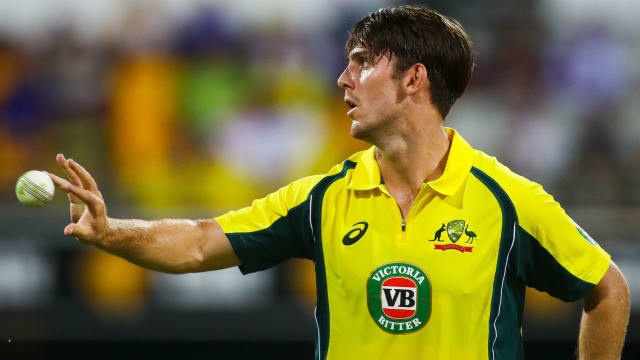 Mitchell Marsh will sit out the rest of the one-day international series against Pakistan as Australia seek to preserve the all-rounder for the tour of India.

The 25-year-old was omitted from the team that lost by six wickets at the MCG on Sunday and is due to miss the final three instalments of the five-match contest.

Australia have more ODIs in New Zealand and three Twenty20 internationals at home to Sri Lanka to come during the weeks ahead.

But according to captain Steve Smith, Marsh is being rested primarily in a bid to allow him to feature in the Test series in India, which begins in Pune on February 23.

"He's got an ongoing issue with his shoulder and we're giving him some time off to get that right," Smith said.

"He could be a very key player for us in India and he hasn't been able to bowl the speeds he would like. We know how important air-speed is in India, especially with the ball reversing, so we need to be able to get that right."

Smith top scored for Australia with 60 in Melbourne, where six other players got starts but failed to build on them.

And the captain demanded better from the top and middle order in the third match of the series in Perth on Thursday.

"It's been pretty ordinary, our batting, aside from Matthew Wade in Brisbane," he said.

"It's something we have to look at in Perth, we need to start forming some partnerships to get the scores we're after.

"We've got the power in the sheds to go hard at the back end - we know we've got plenty of power, but most of them have been back in the shed by the time we need them."

In addition to Marsh, Chris Lynn has also been ruled out of the next game at the WACA due to a neck injury, with Peter Handscomb called up.

A replacement for Marsh is due to be announced on Monday, while Melbourne Stars' Adam Zampa, who has not featured in the first two ODIs, has been temporarily released from the squad to feature in the Big Bash League clash against Brisbane Heat on Tuesday.