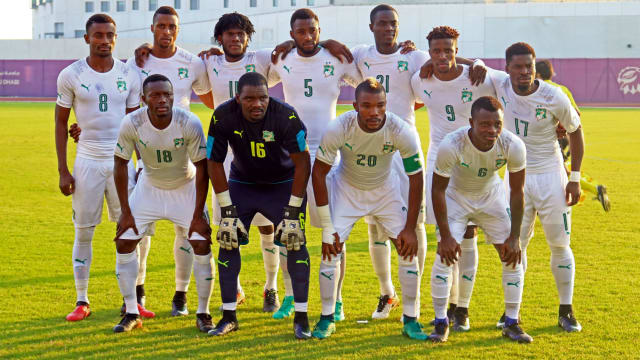 Defending champions Ivory Coast begin their 2017 Africa Cup of Nations campaign on Monday against a Togo side whose primary aspiration is to act as "troublemakers".

Ivory Coast defeated Ghana on penalties two years ago in Equatorial Guinea to clinch their first African title since 1992 and finally make the most of their so-called 'golden generation'.

A number of that team's more experienced players have since retired or been phased out, with Kolo Toure, Yaya Toure, Siaka Tiene, Boubacar Barry and Seydou Doumbia all missing, while Gervinho is absent through injury.

But now coach Michel Dussuyer has a strong core of young talent at his disposal, as Eric Bailly, Serge N'Guessan, Franck Kessie and Wilfried Zaha all prepare to take centre-stage for their title defence, and veteran Togo coach Claude Le Roy accepts his side are outsiders to make the knockout stages.

"DR Congo is one of the best teams [in Africa] with Senegal, Algeria, Cote d'Ivoire, Morocco," he told reporters. "Togo is outside of this group, but we will try to be the troublemakers among them. There is no team to fear in this group.

"The first game is not always decisive. We have seen African champions losing their first match. There's this idea that if you lose the first match it's the end of everything - this is not true."

Although Togo will not be backed by many to make it out of Group C, which also includes DR Congo and Morocco, in Le Roy they have a vastly experienced coach who will be making a record-extending ninth appearance in the competition.

The 68-year-old has only failed to reach the last eight once, while he steered Cameroon to the title in 1988, meaning Togo should be in capable hands.

After bringing an end to his international ambiguity by committing to the country of his birth despite playing two friendlies for England, Zaha is set to finally be unleashed in a continental tournament.

The 24-year-old has been in strong form for Crystal Palace this season, scoring four times and claiming six assists in the Premier League, as the mercurial winger appears to have added decisiveness to his endless repertoire of tricks.

He may not have had a club since getting released by Palace at the end of last season, but Adebayor certainly has pedigree at the highest level and possesses a style of play that will make him a nuisance to any defender he comes up against.

Technically gifted, a physical presence and a strong character, if Togo are to upset the odds in Gabon then Adebayor will likely have a key role to play.

- This is Ivory Coast's 22nd AFCON participation, a tally only bettered by Egypt (23).
- The last time Ivory Coast lost their first game at an AFCON was in 1996 (0-2 v Ghana). Since then, they have won five and drawn four of their openers.
- Meanwhile, this will be Togo's eighth AFCON. They have only reached the knockout stages once in their previous seven participations, it was in 2013 when they went out in the quarter-finals.
- Togo have lost six of their last eight games at the AFCON (W1 D1). They have also never won their opening game in the tournament (D3 L4).
- This is Michel Dussuyer's fifth AFCON tournament as manager. Ivory Coast boss have never progressed further than the quarter-finals (2004 and 2015, both with Guinea).
- Ivory Coast are unbeaten against Togo at the African Cup of Nations (W2 D2). In fact, Togo haven't beaten the Elephants in any competition since December 1987 (1-0).