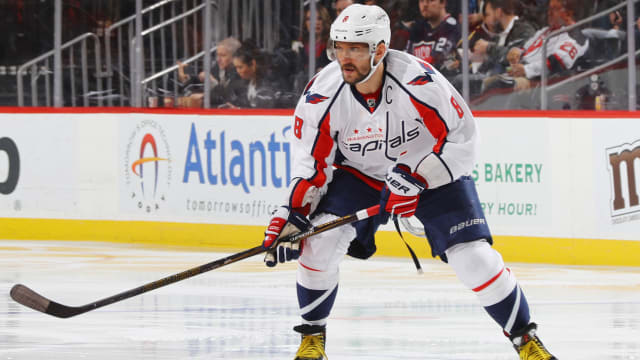 Luongo moved into fifth for NHL career wins as the Florida Panthers shut out the New Jersey Devils 3-0.

Meanwhile, there were wins for the Winnipeg Jets and Dallas Stars.

It took until the third period for the Capitals to break their game against the Canadiens open.

Nicklas Backstrom had put them ahead before Tomas Plekanec tied the game in a power-play.

But Washington took over from there, Evgeny Kuznetsov, Brett Connolly and Ovechkin (who had three points to take his NHL tally to 999) scored.

Luongo made 28 saves for the Panthers on his way to passing Terry Sawchuk with his 448th win.

Goals from Reilly Smith, Jussi Jokinen and Vincent Trocheck were enough to see the Panthers to their win.

One point away from 1,000. Tied with Maurice Richard for all-time goals.

The Winnipeg Jets shut out the Calgary Flames 2-0 and the Dallas Stars won a wild game against the Los Angeles Kings 6-4.