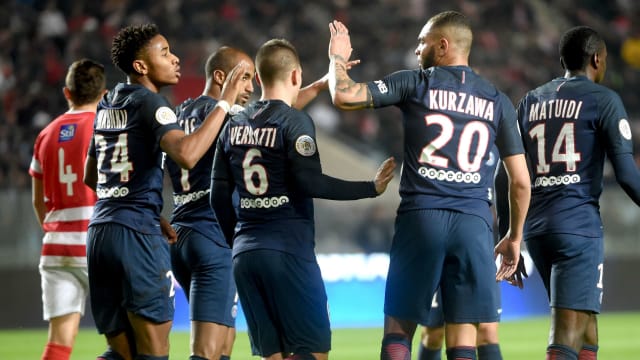 Julian Draxler and Giovani Lo Celso made their unofficial Paris Saint-Germain debuts in a 3-0 friendly win over Tunisian side Club Africain.

Draxler's move from Wolfsburg was completed on Tuesday and he came on as a substitute for the second half of Wednesday's contest at the Stade Olympique de Rades.

Lo Celso, meanwhile, signed a five-year deal with the club back in July but had remained at Rosario Central on loan. The attacking midfielder replaced Christopher Nkunku midway through the second half.

PSG broke the deadlock through Nkunku in the 19th minute, the forward finding the right-hand corner with a side-foot finish after being slid in by Marco Verratti.

They pressed to put the game to bed in the second half, with Angel Di Maria denied on numerous occasions by Club Africain goalkeeper Farouk Ben Mustapha, who was also tested by Lo Celso.

Seifeddine Jaziri missed a gilt-edged chance to level for Club Africain with the goal at his mercy, and that profligacy was punished by Di Maria, who doubled the lead late on with a powerful half-volley into the bottom-right corner.

Jean-Kevin Augustin added gloss to the scoreline as he met a lofted pass from Adrien Rabiot - playing in his first game since November - with an exquisite looping finish over the head of Mustapha.