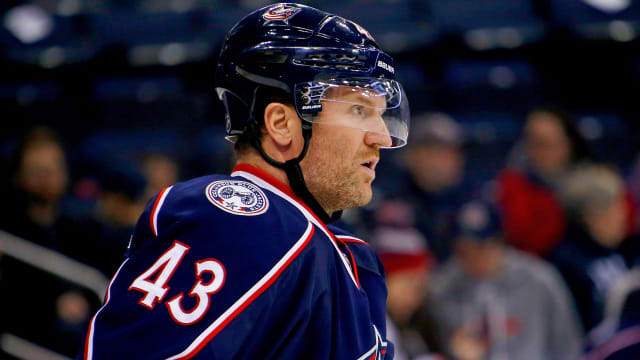 The Blue Jackets extended their run to 11 straight wins in some style, crushing the Pittsburgh Penguins 7-1 on Thursday.

Jagr, meanwhile, moved into outright second on the NHL all-time points list, but the Florida Panthers went down to the Boston Bruins 3-1.

The Los Angeles Kings stopped their losing streak at two with a shut-out win over the Nashville Predators.

The Blue Jackets are proving unstoppable.

Sidney Crosby may have given the Penguins a first-period lead, but that was as good as it got for Pittsburgh at Nationwide Arena.

The Blue Jackets scored four times in the first seven minutes of the third period in the resounding win.

Jagr, 44, passed Mark Messier for second place on the points list by assisting an an Aleksander Barkov goal.

Goals from Frank Vatrano, Patrice Bergeron and David Backes saw the Bruins to their win.

Kings goaltender Peter Budaj made 28 saves to shut out the Predators in a 4-0 win.

Nick Shore put the Kings ahead in the first period, but they would have to wait until the third to seal their win.

The Toronto Maple Leafs crushed the Colorado Avalanche 6-0 and the New Jersey Devils cruised past the Philadelphia Flyers 4-0.

The Carolina Hurricanes beat the Buffalo Sabres 3-1, the Minnesota Wild rallied past the Montreal Canadiens 4-2 and the Ottawa Senators needed overtime to overcome the Anaheim Ducks 2-1.

The Tampa Bay Lightning came from behind to beat the St Louis Blues 5-2 and the Winnipeg Jets had a 4-1 win over the Vancouver Canucks.

The Blue Jackets (22-5-4) will put their winning streak on the line against the Montreal Canadiens (21-8-4) in Columbus.