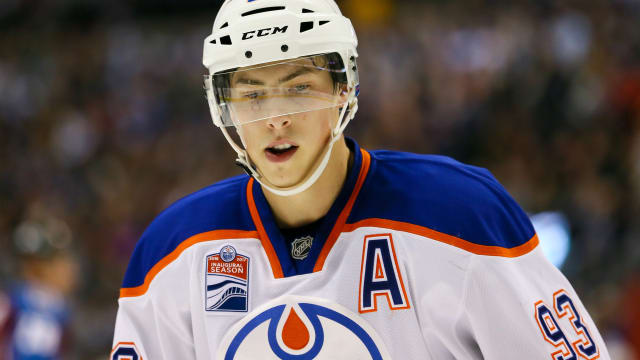 The Edmonton Oilers claimed a hard-fought overtime victory in the NHL as Randy Carlyle returned to Toronto a winner.

Ryan Nugent-Hopkins scored the winner for the Oilers as they edged past the St Louis Blues 3-2 on Monday.

Carlyle faced the Maple Leafs in Toronto for the first time since he was fired, and his Anaheim Ducks recorded a 3-2 victory.

Meanwhile, there were also wins for the Nashville Predators and Calgary Flames.

First-period goals from Kyle Brodziak and Vladimir Tarasenko had given the Blues control against the Oilers.

But Patrick Maroon tied the game early in the third period, adding to the goal scored by Tyler Pitlick in the first.

Nugent-Hopkins scored the winner two minutes, 55 seconds into OT after an assist from Connor McDavid.

In his first game back in Toronto since being fired in January 2015, Carlyle watched his Ducks claim a win.

Auston Matthews' opener for the Maple Leafs was cancelled out by a power-play goal from Ryan Getzlaf in the second period.

Nick Ritchie then put the Ducks ahead, only for Nazem Kadri to score, but Cam Fowler netted the decisive goal with less than seven minutes remaining.

The Nuge comes up huge in OT. #EDMvsSTLpic.twitter.com/h78yQdB769

Boom. What a blast. What a game-winner. pic.twitter.com/l9GyDaBTLE

The Predators needed a shoot-out to get past the Philadelphia Flyers 2-1 and the Calgary Flames beat the Arizona Coyotes 4-2.

Meanwhile, the clash between the Detroit Red Wings and Carolina Hurricanes was postponed due to issues with the ice at PNC Arena.