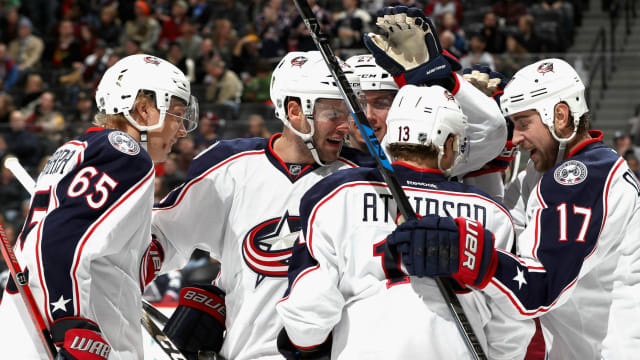 The Columbus Blue Jackets won again as reigning NHL champions the Pittsburgh Penguins had their unbeaten streak ended by the Los Angeles Kings.

Columbus extended their winning run to eighth games after accounting for the Calgary Flames 4-1 on Friday.

The Penguins, though, were not as fortunate, shut out 1-0 in overtime as the Kings' halted Pittsburgh's streak at seven matches.

As for the Washington Capitals, they made it six successive victories.

There were four individual goalscorers for the in-form Blue Jackets on Friday.

The Blue Jackets are now one triumph away from tying their franchise record nine-game winning streak in 2015.

Up until Friday, the Penguins had been unbeatable in December.

The Kings, however, finally got the better of the Penguins thanks to goaltender Peter Budaj, who made 39 saves.

Tyler Toffoli scored the only goal of the game just a minute into overtime in Pittsburgh.

It went to a shoot-out and the in-form Capitals came out on top 4-3 against the Carolina Hurricanes courtesy of T.J. Oshie and Evgeny Kuznetsov.

Oshie had levelled proceedings in the third period before the shoot-out as neither team scored in overtime.

OSHIE GETS IT DONE

T.J. Oshie: Money in the shootout yet again. pic.twitter.com/PFWum3vf8B

Whatdya mean that's not how they drew it up? pic.twitter.com/99rAb8DT3U

The San Jose Sharks defeated the Montreal Canadiens 4-2 and extended their winning streak to four games, the Buffalo Sabres edged the New York Islanders 3-2 in overtime, the Florida Panthers defeated the Colorado Avalanche 3-1, while the Vancouver Canucks prevailed 4-2 over the Tampa Bay Lightning.

The Philadelphia Flyers are in the midst of a 10-game winning streak as they prepare to face the Dallas Stars on Saturday. The Penguins take on the Toronto Maple Leafs, while the Chicago Blackhawks meet the St. Louis Blues among other games.