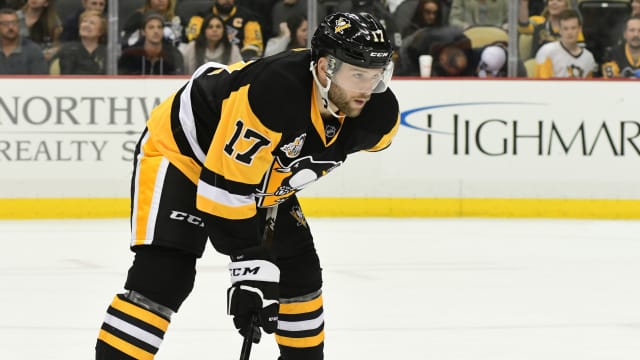 Reigning NHL Stanley Cup champions the Pittsburgh Penguins made it seven wins in succession, while the Philadelphia Flyers extended a streak of their own.

The Penguins needed overtime to prevail 4-3 over the Boston Bruins in NHL action on Wednesday.

Philadelphia had the chance to improve their winning run to 10 games and they achieved that feat thanks to a hard-fought 4-3 win against the Colorado Avalanche.

With the game tied late into overtime, Rust settled the contest.

Rust unleashed a shot into the left corner of the net with less than two minutes remaining to keep the Penguins flying high.

David Pastrnak had forced OT after scoring for the Bruins with just over six minutes to play in the third period.

Try as they might, no one can stop the Flyers at the moment.

The Flyers outscored the Avalanche 2-1 thanks to Roman Lyubimov and Brayden Schenn in the final period to emerge victorious.

Matt Duchene reduced the deficit with just under five minutes left on the clock to ensure a nervy finale.

If the conventional doesn't work, try the unconventional. pic.twitter.com/iw5hERe4RD

Is there anything @Burnzie88 can't do? pic.twitter.com/sBLwYu2Bf1

The Sharks made it three consecutive wins with a 4-3 shoot-out triumph over the Ottawa Senators, while the Lightning outlasted the Calgary Flames 6-3.

JETS OUT TO ARREST SLUMP

Amid a four-game losing streak, the Winnipeg Jets face the Florida Panthers on Thursday. The Bruins are at home to the Anaheim Ducks, the Chicago Blackhawks meet the New York Islanders, while the New York Rangers take on the Dallas Stars.