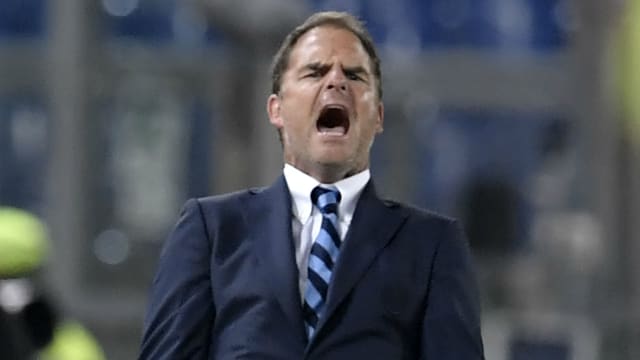 Joao Mario believes Frank de Boer failed to impose his style at Inter due to his struggles to overcome the language barrier in Italy.

De Boer replaced Roberto Mancini as head coach at San Siro in August just two weeks before the start of Serie A during a chaotic pre-season.

However, the former Ajax boss was dismissed on November 1 following a poor start to the campaign, with Italian coach Stefano Pioli handed the reins instead.

And Portugal winger Mario, who moved to the Milan club in August, feels it is easier for Pioli to get his message across to the team.

"I think the difficulties were normal because the coach changed shortly before the season," he told Tuttosport. "There is no point, however, to look to the past.

"It is hard to say what went wrong under De Boer. In football, things go wrong and it's the coach that pays the price.

"Now we have an Italian coach I have noticed one of the difficulties in the previous regime was the language barrier.

"In fact that might have been the main problem. De Boer had good ideas, but he failed to transmit them to the team as Pioli does."