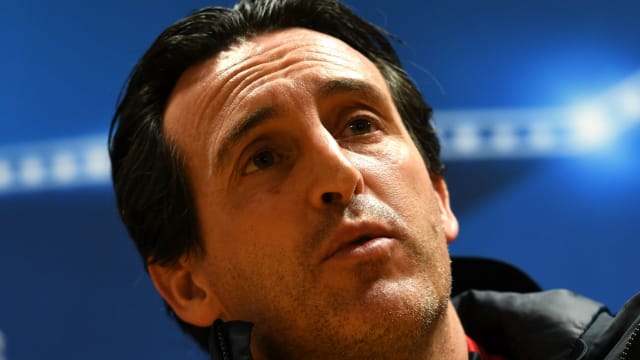 Edinson Cavani, Angel Di Maria and Thiago Motta watched from the sidelines as a PSG team featuring teenagers Jean-Kevin Augustin and Christopher Nkunku made light work of Lille in the last 16 on Wednesday.

Augustin won a penalty just before half-time that was converted by Lucas Moura, and the latter made it two just before the hour-mark when he was the beneficiary of Nkunku's cross.

Jese Rodriguez wrapped up the win with a third goal after he was played in by substitute Blaise Matuidi, but it was the young players who Emery picked out for praise, saying: "Our young players were good. With more games they will play even better.

"This is a good competition for young players. It helps them to improve."

Marko Basa scored a late consolation for Lille with a header in the 89th minute, but conceding did not take the sheen off a result that ended a three-game winless run for PSG.

"The team played well. We progressed throughout the game," Emery said.

"Until the opening goal, it was not as good as we would have liked. After the penalty the game was more one-sided, and with the third the match was all over, despite the late goal conceded.

"We want to play all competitions to the end, and to win them all. This was a chance to utilise players who have had less minutes, and to rest others."