Spurs without Dembele for Hull clash 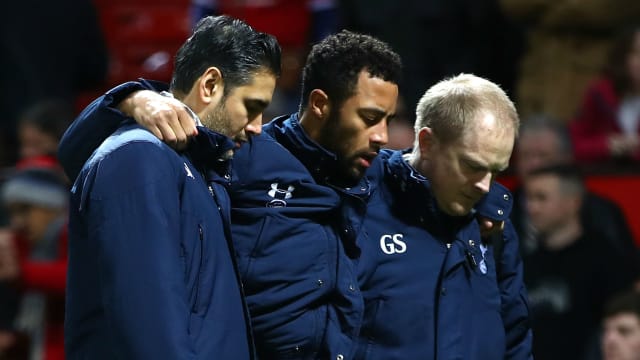 Mauricio Pochettino will be without Mousa Dembele for Tottenham's match at home to Hull City on Wednesday due to a foot injury.

Dembele was forced off in the second half of Spurs' 1-0 Premier League loss away to Manchester United on Sunday.

The Belgium midfielder will join Erik Lamela and Vincent Janssen on the sidelines when the Tigers visit White Hart Lane.

Lamela had been granted leave to return to South America and attend to a family issue, while Janssen is suffering from an ankle problem.

"Erik Lamela came back from Argentina on Monday and is working to be available as soon as possible.

"Vincent Janssen is still out and Mousa Dembele will miss the game with a foot injury."

Tottenham go into the game fifth in the table, three points behind fourth-placed Manchester City and three ahead of United in sixth.