What you might have missed: Valencia team bus attacked, Casillas the unbeatable 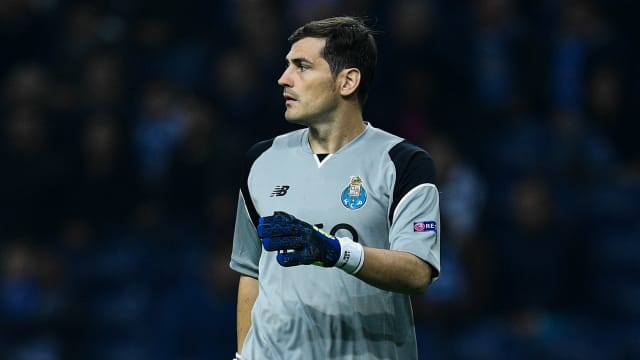 Elsewhere, RB Leipzig's unbeaten start to the season came to an abrupt end against Ingolstadt, with Bayern Munich returning to the top of the Bundesliga.

But plenty of headlines were made beyond Europe's biggest clubs. Here are some things you might have missed over the weekend in world football:

It has been a season to forget for Valencia thus far this season and they dropped to 17th in LaLiga following a 3-2 defeat against Real Sociedad at the weekend.

Valencia are now seven games without a win and the team's bus was targeted following the defeat.

The Mestalla side were quick to voice their dismay with the ultras' actions and have reported the incident to the police as they look to punish the perpetrators.

A statement read: "Valencia wish to express the following to our fans:

"1. The club are perfectly aware of the delicate sporting situation in which we find ourselves. Everybody at the club is affected by the current run of results.

"2. There is no justification for the violent attack by a group of ultras, who identify themselves as Ultra Yomus, carried out yesterday at the Ciudad Deportiva. Insults and threats to players and staff, attacks with kicks and punches to vehicles and a generally violent attitude are unacceptable.

"3. Valencia ask the press to identify the perpetrators of this incident by name, rather than attributing it to 'the fans'. This radical group, who identify themselves as Yomus, are not representative of our fanbase and their actions should not be identified as those of the great Valencia fans - the immense majority of which express exemplary, civil conduct.

"4. Valencia will report the incidents to the Policia Nacional and will look for police collaboration to identify the perpetrators."

It has not been an easy season for Siem de Jong following his loan move from Newcastle United to PSV.

De Jong was jeered when he entered the pitch in PSV's goalless Champions League draw with Rostov in midweek, and was once more subjected to boos when he came off the bench versus Go Ahead Eagles at the weekend.

59 - Siem de Jong's strike was PSV's only goal from their last 59 shots in all competitions. Impact.

This time around De Jong gave his critics the perfect answer, though, as he netted the only goal of the game to keep PSV's Eredivisie title dreams alive.

Saturday's goal represented De Jong's first strike in an official first-team game since finding the net for Newcastle in the EFL Cup win over Northampton in August 2015.

CASILLAS CHALKS UP ANOTHER CLEAN SHEET

Iker Casillas has not always lived up to the high expectations at Porto since joining the club from Real Madrid, but the goalkeeper has been nearly unbeatable in 2016-17.

The Spaniard kept yet another clean sheet at the weekend as Porto dismantled Feirense 4-0 to move to second place in the table.

It was a sad weekend for Turkish football following the terror attack outside Besiktas' Vodafone Arena that claimed the lives of at least 44 people, many of whom were policemen.

The bombings took place around 90 minutes after Besiktas had defeated Bursaspor 2-1 in a Super Lig fixture at the stadium.

Fellow Istanbul side Galatasaray faced Gaziantepspor at the Turk Telekom Arena on Sunday and Gala forward Yasin Oztekin, who netted a hat-trick to lead his side to a 3-1 win, showed his support by celebrating one of his goals with police officers.

Sergio Pellissier may not be among the more recognisable names in the pantheon of Serie A's great strikers.

But the 37-year-old enjoyed a moment to savour as Chievo beat Palermo 2-0.

Pellissier scored his side's second goal but, more significantly, the strike represented his 100th in Serie A.

100 - Sergio Pellissier has now scored his 100th goal in Serie A. Milestone.