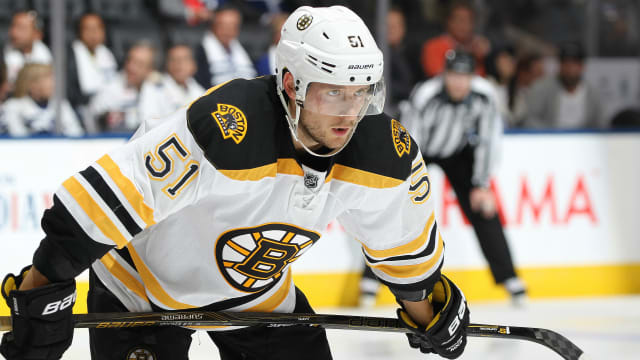 Ryan Spooner scored with less than two minutes remaining in OT to give the Bruins a 2-1 win on Monday.

The Bruins had let through Austin Czarnik's second-period opener before Montreal's Paul Byron levelled things up with under four minutes to go in the third.

Tuukka Rask's sprawling save on Tomas Plekanec was one of 30 stops tonight for the netminder. pic.twitter.com/gfSFoPQLSX

The Penguins made it six wins in a row after crushing the Arizona Coyotes 7-0.

Pittsburgh made light work of the Coyotes, with seven individual goalscorers helping the Penguins extend their winning streak.

Sidney Crosby can not stop scoring.